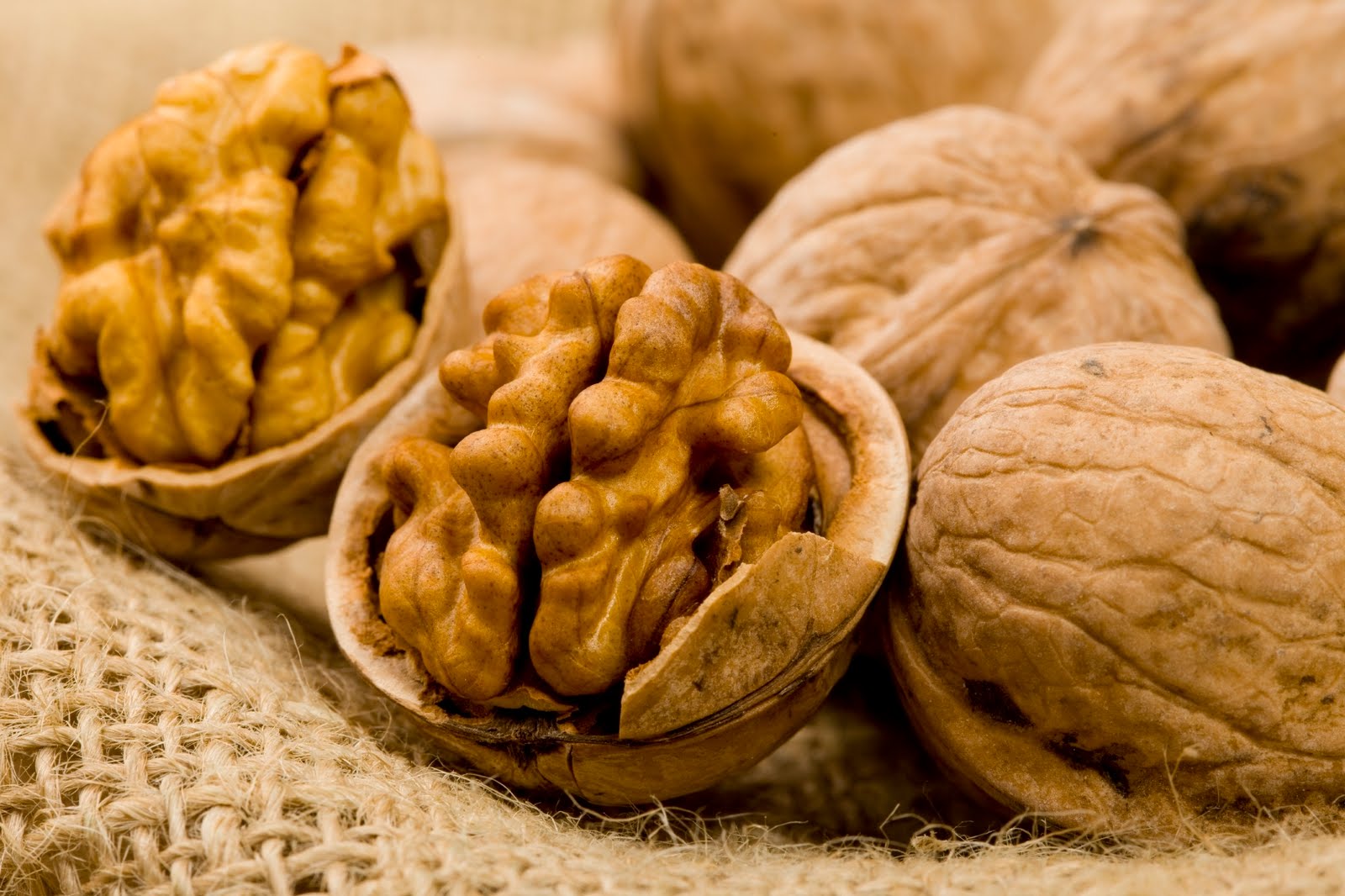 By Dr. Mercola
As unbelievable as it sounds, current law makes it illegal for food producers to share certain types of scientific information with you.

So when Diamond Food relayed health information about the omega-3 fats in walnuts on product packaging and also on their Web site, the U.S. Food and Drug Administration (FDA) attacked.

Even though the information was entirely true, and backed by peer-reviewed scientific research.

If a Food Can Prevent a Disease, it Must be a Drug

This is the backward thinking that goes on at the FDA, where regulations currently prohibit manufacturers of dietary supplements or producers of food from referring to any scientific study documenting the potential effect of the substance on a health condition, punishable by large fines and even jail.

Disclosure about the benefits of a dietary supplement or food, no matter how credible, places the food in the category of an “unapproved drug.”

In other words, if a product makes a medical claim, it’s automatically classified as a drug.

This is how the FDA got away with sending Diamond Food a warning letter1, stating:

“… we have determined that your walnut products are promoted for conditions that cause them to be drugs because these products are intended for use in the prevention, mitigation, and treatment of disease.

The following are examples of the claims made on your firm’s website under the heading of a web page stating “OMEGA-3s… Every time you munch a few walnuts, you’re doing your body a big favor … “
These claims are backed by science2, but it doesn’t matter under FDA rules, which are so counter to rationality and logic that it boggles the mind. The FDA letter goes on to list several health claims made by Diamond Foods regarding omega-3 fats, claims such as:

Because Diamond Food dared to let consumers know that natural substances in a natural food may offer some health benefits and protections, the FDA views this as a new drug. In their eyes, only FDA-approved drugs are capable of offering such protections …

The FDA stated in the warning letter3:
“Because of these intended uses, your walnut products are drugs… Your walnut products are also new drugs … because they are not generally recognized as safe and effective for the above referenced conditions. Therefore … they may not be legally marketed with the above claims in the United States without an approved new drug application.

Additionally, your walnut products are offered for conditions that are not amenable to self-diagnosis and treatment by individuals who are not medical practitioners; therefore, adequate directions for use cannot be written so that a layperson can use these drugs safely for their intended purposes. Thus, your walnut products are also misbranded… in that the labeling for these drugs fails to bear adequate directions for use… “
The FDA’s current position is that foods such as walnuts, cherries, broccoli, turmeric, green tea and the like should be subjected to the full FDA approval process. But obtaining a new drug application, as the FDA suggested, can cost billions of dollars. And let’s face it — walnut growers cannot come close to affording that!

Is it Not a Constitutional Right to Share Truthful, Scientific Information?

This is so ridiculous, as censoring a food producer’s right to inform others about scientific research is in violation of the first amendment. The American Association for Health Freedom (AAHF) states:

“The FDA ignores first amendment protections and censors the communication of valid scientific information. The agency seems to have lost sight of its mandate to protect the public and has instead come to see itself as the guardian of corporate interests.”

Can you imagine the drug companies not being permitted to tell you what their products could do for you… do you think they would roll over for that? Not a chance, but they don’t have to simply because they are the ones who can afford the FDA’s approval process. With few exceptions, it’s impossible for food producers to assume such costs for natural and therefore non-patentable products.

It’s ludicrous for the FDA to require natural products to be “vetted” the same way as drugs. In nearly every case, natural products are safer and more effective than synthetic drugs, as science has shown, time and time again. Not to mention that natural agents are much less expensive than pharmaceuticals, and can even be grown in your backyard!

It’s unfortunate that the FDA is so beholden to the drug industry that it would waste it’s time to attack a walnut manufacturer for citing scientific research while allowing Frito Lay to claim that its Lay’s potato chips are “heart healthy.”

And walnut producers are not alone. Cherry growers have also been threatened by the FDA with jail time if their websites even contain links to scientific studies from Harvard and elsewhere, outlining the health benefits of cherries for gout or arthritis pain.4Green tea growers have received similar threats. As I said, it truly boggles the mind…

What Should You Know About Walnuts?

The FDA was sure worried that you might get wind of the truth — that a food might confer health benefits that drugs currently lay exclusive claim to. Walnuts are good sources of plant-based omega-3 fats, natural phytosterols and antioxidants that are so powerful at free-radical scavenging that researchers called them “remarkable.”5 Plus, walnuts may help reduce not only the risk of prostate cancer, but breast cancer as well.

In one study, mice that ate the human equivalent of 2.4 ounces of whole walnuts for 18 weeks had significantly smaller and slower-growing prostate tumors compared to the control group that consumed the same amount of fat but from other sources. Overall thewhole walnut diet reduced prostate cancer growth by 30 to 40 percent. According to another study on mice, the human equivalent of just two handfuls of walnuts a day cut breast cancer risk in half, and slowed tumor growth by 50 percent as well6. Other research has shown walnuts may:

Now this is the type of information that we need to hear more of as, no doubt, if people were made aware of these potential benefits, and similar ones in other whole foods, they may be tempted to snack on a handful of whole walnuts instead of a bag of potato chips or pretzels.

You Can Still Support HR 1364 for Free Speech About Science

Congressmen Jason Chaffetz (R–UT) and Jared Polis (D–CO) have introduced the Free Speech about Science Act (HR 1364), a landmark legislation that would allow the flow of legitimate scientific and educational information.7 The new bill provides a limited and carefully targeted change to FDA regulations so that manufacturers and producers may reference legitimate, peer-reviewed scientific studies without converting a natural food or dietary supplement into an “unapproved drug.” According to Rep. Chaffetz’s website, the provisions of HR 1364 do the following8:

According to Rep. Chaffetz9:

“It is important for individuals and families to take charge of their personal health by making the right decisions to get and stay healthy. This includes accessing information so that individuals can adjust habits, eat healthfully, and take appropriate dietary supplements to prevent and even treat health conditions.

The Free Speech About Science Act helps insure their access to legitimate scientific research to make the necessary decisions to improve their personal health and the health of their families.”
Rep. Polis adds10:

“Today’s science has shown that vitamins and nutritional supplements can offer successful, natural alternatives to drugs. As we begin to reform our nation’s healthcare system, supplements are an innovative way to help reduce costs.

The Free Speech About Science Act is a common sense act that will make it easier for doctors and consumers to learn about the cheaper, healthier alternatives to costly medicines that food and nutritional supplements provide.”

As of December 2011, HR 1364 is in the first step in the legislative process and has been referred to committee. The majority of bills never make it out of committee, so we need your help.

Please lend HR 1364 your support by signing on as a co-sponsor TODAY.

Use the Alliance for Natural Health’s HR 1364 page to send a letter to your representative in support of this bill.11 And forward or post this article to all of your friends and loved ones who care about their health and their right to informed consent. With your combined influence we can be a powerful force for much-needed change.
References:

Now the FDA is Going After Vitamin C!

This Important New Bill Could Transform Health Care, if it Passes — But I Need Your Help!